The third Modeling Seminar took place at the Chair of Scientific Computing at the University of Bayreuth in late September. 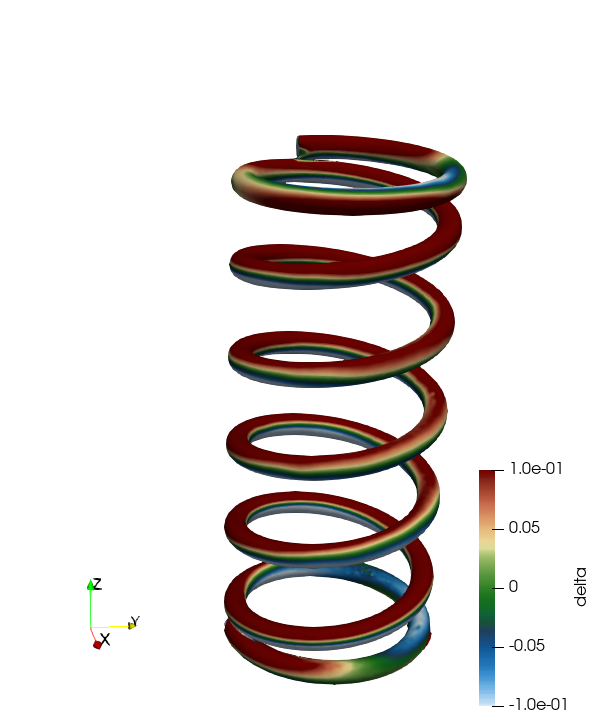 In this project, a produced spring is to be automatically compared with the previously produced CAD design. A 3D scan of the manufactured component served as the data basis. The students had to develop a procedure to compare this cloud of surface points with the CAD plan. They first reconstructed a distance function using radial basis functions and a suitable adapted design file of the spring. The scan points can be inserted into this function and their deviation determined. The students had to use efficient data structures and algorithms for the implementation since the data sets were very large.

Figure: Visualization of the reconstructed spring, as well as the deviations from the original.

The objective of this topic was to simulate the motion of a ship hit head-on by light waves in otherwise relatively calm conditions. The dynamics of the surrounding water, modeled by the Reynolds-averaged Navier-Stokes equation was handled by software provided by the industry partner.

One group was to simulate the free motion of the ship, which was to be modeled as a rigid body. The resulting system of ordinary differential equations of motion was solved using the Newmark method.

The second group had the task of fixing the ship to the bottom by means of an anchor chain and simulating the movement thus restricted. First, the students had to set up a dynamic model of an elastic chain, which acted as an anchorage of the ship to the seabed.  The next step was to implement a solution procedure for the developed partial differential equation. For this purpose, they used a suitable method for the discretisation of time and a finite element approach for the spatial discretisation. 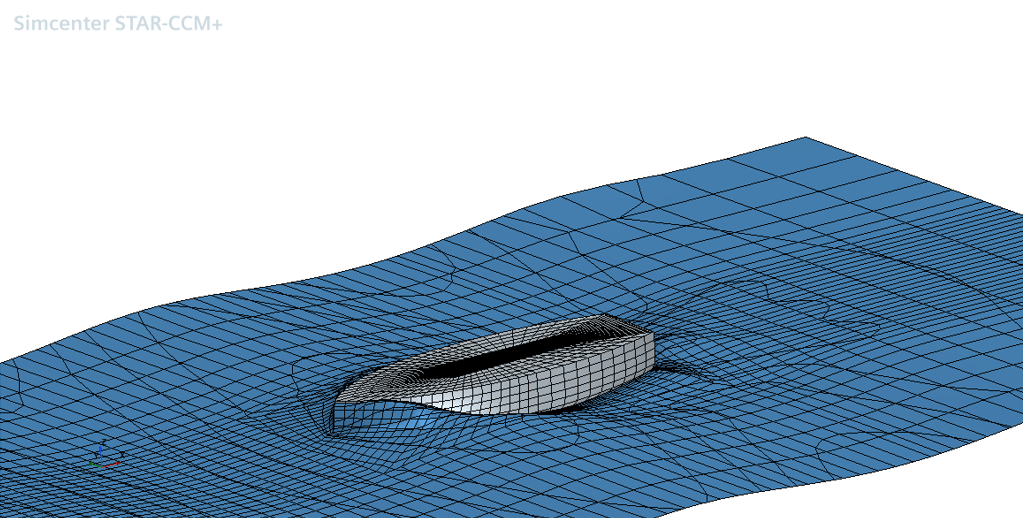 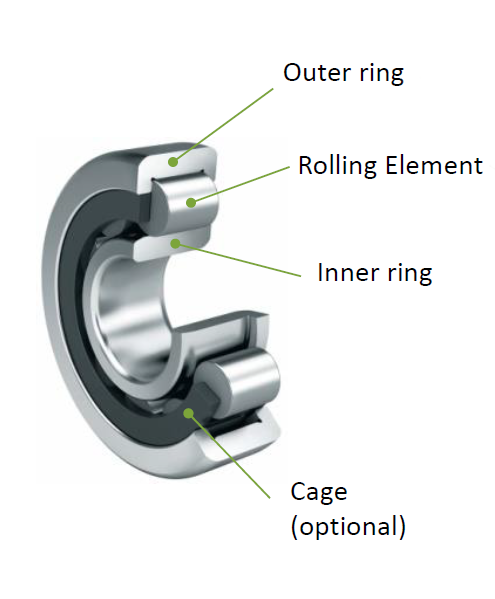 Even under constant operating conditions, the rotational speed of rolling elements in bearings is not constant. When entering the load zone, they are accelerated, outside they are decelerated. In order to take these velocity changes into account in quasi-static simulations, a method for the fast approximation of ordinary periodic differential equations had to be developed. For this purpose, the students combined a Fourier series approximation with a fix-point iteration.