Scientific Computing students may use all of the University of Bayreuth's computer clusters for their studies and research. Additionally they have exclusive access to the new ENB-Cluster.

A Quick Start Guide to supercomputing at the University of Bayreuth can be found here. A detailed introduction will be provided during "Practical Course on Parallel Numerical Methods" which is one of the key components of Scientific Compinting master's programme. 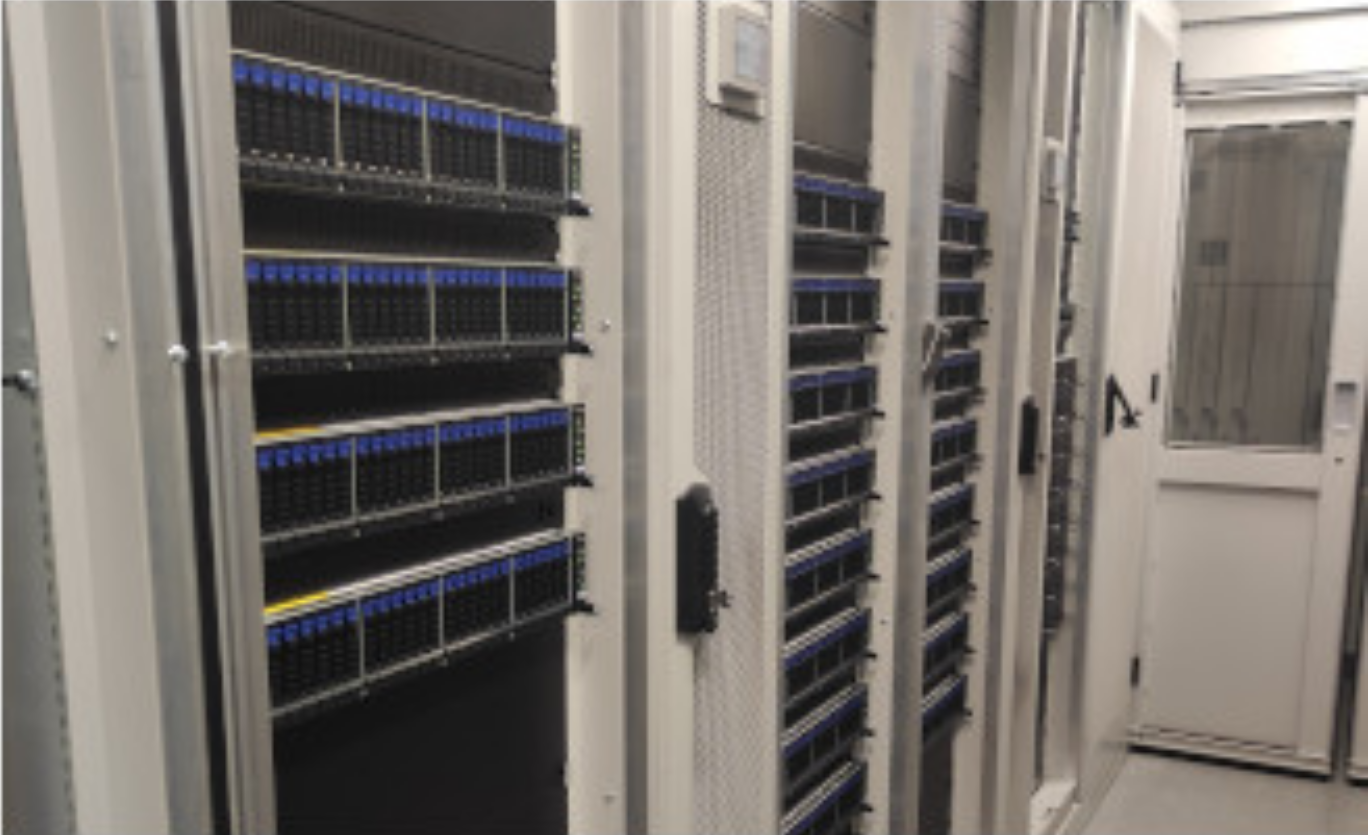 The ENB-Cluster went fully operational in January 2021. It consists of 13 via InfiniBand network connected compute nodes each featuring two AMD Epyc Processors (2nd generation) with 24 cores each. One node also contains a NVIDIA Tesla V100 data center GPU. This GPU-node is equipped with 512 GB of RAM, the other 12 CPU-nodes with 256 GB. Due to these specifications the ENB-cluster is well suited for AI and other memory intensive HPC workloads like simulations and data analysis.